CBSE Question Paper 2010 Class 12 Political Science conducted by Central Board of Secondary Education, New Delhi in the month of March 2010. CBSE previous year question papers with the solution are available in the myCBSEguide mobile app and website. The Best CBSE App for students and teachers is myCBSEguide which provides complete study material and practice papers to CBSE schools in India and abroad. 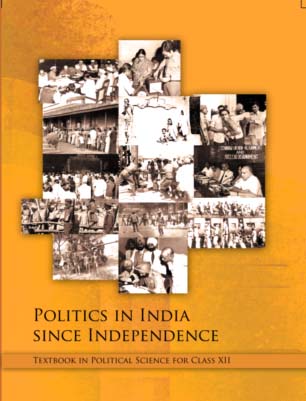 Q1. When did the era of U.S. Hegemony start?

Q2. Highlight any two facts showing cordiality in the relationship between India and the
The United States.

Q4. Fill in the blanks with appropriate words:

Q5. When and by whom was the ‘tryst with destiny’ speech delivered?

Q7. Why are the results of 1967 elections in India called “political earthquake”?.

Q8. Who was Charu Majumdar?

Q9. What is meant by ‘party based movements’?

Q10. Correct and rewrite the statement given below:

Q12. Why did the Soviet Union disintegrate? Highlight any two arguments in
support of your answer.

Q13. Mention any two steps taken by China to improve its economy.

Q14. State any two objectives of the Human Rights Watch.

Q15. What is meant by the concept of “common but differentiated responsibility?

Q16. Identify the concept out of liberty, equality. democracy and fraternity to which India was deeply committed during our freedom struggle.

Q17. What is meant by ‘Coalition’? During which period did this type of government

gain popularity for the first time at the center in India?

Q18 What was Shimla Agreement? Name its signatories.

Q20. Mention any two issues raised by the Dalit Panthers.

Q21. Why did the Super Powers have military alliances with the small countries? State any four reasons for it.

Q22. Why did India and China both view themselves as rising powers in global politics in-spite of tension between them? Substantiate your answer by giving any four events that have brought cordiality in their relationship.

Q23 Name the countries included in South Asia. How can peace and co-operation be enhanced in the region? 2+2 = 4

Q24. Explain the role of emerging alternative centers of power in transforming the different countries into prosperous economies.

Q25. Explain India’s stand on environmental issues. What steps have been suggested by India in this respect?

Q 27. What is meant by the opposition in a democratic system? Describe any two activities of the opposition during the first two parliaments of 1952 and 1957.

Q28. Explain any four characteristics of the Non-Aligned Movement. 4×1 =4

Q30. On the given political map of India, five states of tension from 1947 to 2006 have been marked as A, B, C, D and E .Identify any four states and write the names of
their capitals in your answer-book against A, B, C, D, and E respectively. 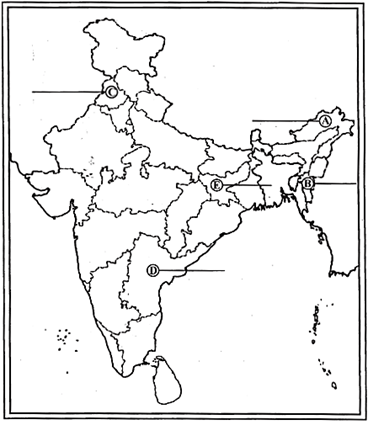 For Blind Candidates only in lieu of Q.No. 30, answer the following questions.
Mention the names of any four states of tension from 1947 to 2006 and write them
capitals also.

Q31. Evaluate any six consequences of the disintegration of the Soviet Union.

Analyze any three points of criticism and any three core values and enduring ideas related to the Non-Aligned Movement. 3+3=6

Q32. Assess any six steps suggested since 2005 to make the United Nations more
relevant in the changing context.

What is meant by security? Evaluate the role of any four new sources of threat to
security.

Q33. Read the paragraph given below carefully and answer the following Questions. ‘We have a Muslim minority who are so large in numbers that they cannot, even if they want, go anywhere else. That is a basic fact about which there can be no argument. Whatever the provocation from Pakistan and whatever the indignities and horrors inflicted on non-Muslims there, we have got to deal with this minority in a civilized manner We must give them security and the rights of citizens in a democratic State. If we fail to do so, we shall have a festering sore which will eventually poison the whole body politic and probably destroy it.
Jawaharlal Nehru, Letter to Chief Ministers, 15 October 1947
a) In spite of indignities and horrors inflicted on non-Muslims by Pakistan, why
Jawaharlal Nehru wanted to deal with the Muslim minority in a civilized way?
b) Why this minority should be given the security and rights on the same footing
as to all others in a democratic system?
c) If this minority was not provided security and rights, what kind of scenario is
envisaged?

Explain any three challenges that India faced at the- time of her independence. 3×2 = 6

Q34. Examine the grave economic crisis prior to the fourth general elections of 1967.
Assess the verdict of the electorate based on the Election. 3+3 = 6

Analyze any three reasons for-imposing emergency on 25th June 1975. Did the
government misuse its emergency powers? Give any three arguments in support of
your answer.

“The end of the eighties of the 20th century witnessed developments which made a long-lasting
impact on Indian politics.” Assess any three such developments. 3×2 = 6