NCERT Solutions for Class 9 English My Childhood book solutions are available in PDF format for free download. These ncert book chapter wise questions and answers are very helpful for CBSE exam. CBSE recommends NCERT books and most of the questions in CBSE exam are asked from NCERT text books. Class 9 English chapter wise NCERT solution for English part 1 and English part 2 for all the chapters can be downloaded from our website and myCBSEguide mobile app for free

NCERT solutions for Class 9 English My Childhood Download as PDF 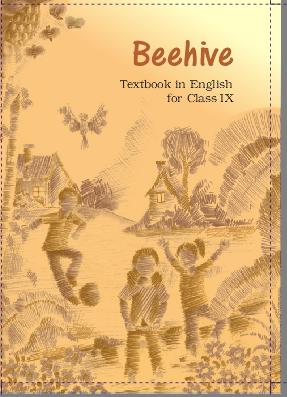 I. Answer these questions in one or two sentences each.
1. Where was Abdul Kalam’s house?
2. What do you think Dinamani is the name of? Give a reason for your answer.
3. Who were Abdul Kalam’s school friends? What did they later become?
4. How did Abdul Kalam earn his first wages?
5. Had he earned any money before that? In what way?

Ans: 1. Abdul Kalam’s house was on the Mosque Street in Rameswaram.

2. Dinamani is the name of a local newspaper. It is so because Kalam traced the stories of the war in the head lives in Dinamani.

3. Ramanadha Sastry, Aravindan and Shivaprakasan were Abdul Kalam’s school friends. Ramanadha Shastry became the high priest of the Rameshwaram temple, Aravindan a transport businessman and Shivprakasan was the catering contractor for the southern railways.

4. During the Second World War, the newspapers were bundled and thrown out of a moving train. Abdul Kalam earned his first wages by helping his cousin, who distributed newspapers in Rameswaram, to catch these bundles.

5. Yes, Abdul Kalam had earned some money before he started helping his cousin. When the Second World War broke out, there was a sudden demand for tamarind seeds in the market. He collected the seeds and sold them at a provision shop on Mosque Street. Usually, a day’s collection earned him one anna.

II. Answer each of these questions in a short paragraph (about 30 words).
1. How does the author describe: (i) his father, (ii) his mother, (iii) himself?
2. What characteristics does he say he inherited from his parents?

Ans: 1. (i) Kalam’s father, Jainulabdeen was not a wealthy or educated person. However, he was an honest and generous man, who possessed great innate wisdom. He was self-disciplined and avoided all inessential luxuries.
(ii) Kalam’s mother, Ashiamma was an ideal helpmate to her husband. She believed in goodness and profound kindness, and fed many people everyday.

(iii) The author describes himself as a short boy with undistinguished looks, who had a secure childhood. He is an honest and self-disciplined person, who believes in goodness and deep kindness.
2. He says that he inherited honesty and self discipline from his father. He further says that he inherited faith in goodness and deep kindness from his mother.

III. Discuss these questions in class with your teacher and then write down your answers in two or three paragraphs each.
1. “On the whole, the small society of Rameswaram was very rigid in terms of the segregation of different social groups,” says the author.
(i) Which social groups does he mention? Were these groups easily identifiable (for example, by the way they dressed)?
(ii) Were they aware only of their differences or did they also naturally share friendships and experiences? (Think of the bedtime stories in Kalam’s house; of who his friends were; and of what used to take place in the pond near his house.)
(iii) The author speaks both of people who were very aware of the differences among them and those who tried to bridge these differences. Can you identify such people in the text?
(iv) Narrate two incidents that show how differences can be created, and also how they can be resolved. How can people change their attitudes?

Ans: (i) He mentions two social groups of Rameshwaram – orthodox Brahmins and Muslims. Yes, these groups were easily identifiable. For example, by the way they dressed; Kalam wore a cap which marked him as a Muslim. Ramanadha Sastry wore a seared thread which marked him a Hindu.

(ii) No, they were not only aware of their differences but also they naturally shared friendships and experiences.
Kalam’s mother and grandmother would tell the children of his family bedtime stories about the events from the Ramayana and from the life of the prophet. During the Shri Sita Rama Kalyanam ceremony, his family used to arrange boats with a special platform for carrying idols of the Lord from the temple to the marriage site, situated in the middle of the pond called Rama Tirtha which was near his house.

(iii) The people who were very aware of the differences among them, were the young teacher who joined the Rameshwaram elementary school and came to teach Kalam’s class, the fifth standard; and his science teacher’s conservative wife who refused to serve Kalam in her ritually pull kitchen. Those who tried to bridge these differences were Kalam’s science teacher Sivasubramania Iyer who invited, served and dined with him to break social barriers so that people could mingle easily; and Lakshmana Sastry who conveyed the strong sense of conviction to the new young teacher to reform him.

(iv) The first incident to show that how differences can be created is that when the new young teacher found a Muslim student sitting beside a Hindu student, he asked Kalam to sit in the last raw. His friend Ramanadha Sastry was heartbreaken. They informed their respective parents Lakshmana Sastry summoned the teacher and conveyed the strong sense of conviction which ultimately reformed him.

The other incident shows that how differences can be resolved. The author’s science teacher, Sivasubramania Iyer, though an orthodox Brahmin with a very conservative tried to bridge these differences.
People can change their attitudes by observing no difference in the way of Hindu’s and a Muslim’s eating of meals, drinking of water and cleaning of the floor.

2. (i) Why did Abdul Kalam want to leave Rameswaram?
(ii) What did his father say to this?
(iii) What do you think his words mean? Why do you think he spoke those words?

Ans: (i) Kalam wanted to leave Rameswaram for further studies. He wanted to study at the district headquarters in Ramanathapuram.

(ii) Kalam’s father said that he knew that one day Kalam had to go away to grow. He gave him the analogy of a seagull that flies across the sun alone and without a nest. He then quoted Khalil Gibran to Kalam’s mother saying that her children were not their own children. They were the sons and daughters of Life’s longing for itself. They come through their parents, but not from them. They may give them their love, but not their thoughts as the children have their own thoughts.

(iii) Abdul Kalam’s father’s words bear great meanings. First, he inspired his son to go ahead above giving the example of the seagull. Secondly, he explained Kalam’s mother to give his son opportunities to get higher education and to make progress. I think he spoke those words to encourage Abdul Kalam and to control the emotional attachment of his wife for Kalam.

I. Find the sentences in the text where these words occur:

Look these words up in a dictionary which gives examples of how they are used.
Now answer the following questions.
1. What are the things that can erupt? Use examples to explain the various meanings of erupt. Now do the same for the word surge. What things can surge?

Ans: A few things that can erupt are anger, volcano, tooth, rash, riots, unrest, etc. Erupt has several meanings. Their explanation, with examples, is given as follows:
(i) Start unexpectedly
Example: Riots erupted in the city.
(ii) Start to burn or burst into flames
Example: The spark soon erupted into flames.
(iii) Become active and spew forth lava and rocks
Example: The molten lava erupted out of the active volcano.
(iv) Forceful and violent release of something pent up
Example: The difference in their views soon erupted in a fight.
(v) Sudden appearance on the skin
Example: On the day of the party, a pimple erupted on her face.

(vi) Break out
Example: Eruption of the wisdom tooth gives a lot of pain.

Things that can surge are pride, anxiety, waves, boats, army, etc. The several meanings it has can be explained with the following examples:
(i) Sudden forceful flow
Example: The boy drowned in the surging waves.

Ans. The following are the meanings of the word trace:
(i) Follow, discover, or ascertain the course of development of something
(ii) Make a mark or lines on a surface
(iii) To go back over again
(iv) Pursue or chase relentlessly
(v) Find or discover through investigation
(vi) Make one’s course or travel along a path; travel or pass over, around, or along
(vii) Read with difficulty
The closest meaning of the word ‘trace’ in the text is ‘to find or discover through investigation’.

2. Study the words in italics in the sentences below. They are formed by prefixing un – or in – to their antonyms (words opposite in meaning).

• I was a short boy with rather undistinguished looks. (un + distinguished)
• My austere father used to avoid all inessential comforts.(in + essential)
• The area was completely unaffected by the war.(un + affected)
• He should not spread the poison of social inequality and communal intolerance. (in + equality, in +

tolerance)
Now form the opposites of the words below by prefixing un– or in-. The prefix in- can also have the forms il-, ir-, or im– (for example: illiterate –il + literate, impractical –im + practical, irrational – ir + rational). You may consult a dictionary if you wish.

IV. Rewrite the sentences below, changing the verbs in brackets into the passive form.
1. In yesterday’s competition the prizes (give away) by the Principal.
2. In spite of financial difficulties, the labourers (pay) on time.
3. On Republic Day, vehicles (not allow) beyond this point.
4. Second-hand books (buy and sell) on the pavement every Saturday.
5. Elections to the Lok Sabha (hold) every five years.
6. Our National Anthem (compose) Rabindranath Tagore.

Ans: 1. In yesterday’s competition the prizes were given away by the Principal.
2. In spite of financial difficulties, the labourers were paid on time.
3. On Republic Day, vehicles are not allowed beyond this point.
4. Second-hand books are bought and soldon the pavement every Saturday.
5. Elections to the Lok Sabhaare heldevery five years.
6. Our National Anthem was composed by Rabindranath Tagore.

Ans: Nari Contractor was the Captain and an opening batsman for India in the 1960s. The Indian cricket team went on a tour to the West Indies in 1962. In a match against Barbados in Bridgetown, Nari Contractor got seriously injured and collapsed. In those days helmets were not worn. Contractor was hiton the head by a bouncer from Charlie Griffith. Contractor’s skull had fractured. The entire team was deeply concerned.

2. Oil from Seeds
Vegetable oils (make) from seeds and fruits of many plants growing all over the world, from tiny sesame seeds to big, juicy coconuts. Oil (produce) from cotton seeds, ground nuts, soya beans and sunflower seeds. Olive oil (use) for cooking, salad dressing etc. Olives (shake) from the trees and (gather) up, usually by hand. The olives (ground) to a thick paste which is spread onto special mats. Then the mats (layer) up on the pressing machine which will gently squeeze them to produce olive oil.

Ans: Vegetable oils are made from seeds and fruits of many plants growing all over the world, from tiny sesame seeds to big, juicy coconuts. Oil is produced from cotton seeds, groundnuts, soya beans and sunflower seeds. Olive oil is used for cooking, salad dressing etc. Olives are shaken from the trees and gathered up, usually by hand. The olives are ground to a thick paste which is spread onto special mats. Then the mats are layered up on the pressing machine which will gently squeeze them to produce olive oil.

2 thoughts on “NCERT Solutions for Class 9 English My Childhood”