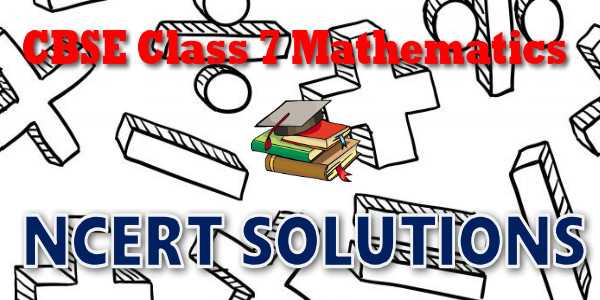 NCERT 7th class Mathematics book solutions are available in PDF format for free download. These ncert book chapter wise questions and answers are very helpful for CBSE board exam. CBSE recommends NCERT books and most of the questions in CBSE exam are asked from NCERT text books. NCERT 7 Mathematics Text book Solutions. Class 7 Mathematics chapter wise NCERT solution for Mathematics for all the chapters can be downloaded from our website and myCBSEguide mobile app for free.

Here is the list of topics covered under each chapter of class 7 Mathematics NCERT text book.

CHAPTER SIX THE TRIANGLES AND ITS PROPERTIES