NCERT Solutions for Class 10 Maths Exercise 6.4 Class 10 Maths book solutions are available in PDF format for free download. These ncert book chapter wise questions and answers are very helpful for CBSE board exam. CBSE recommends NCERT books and most of the questions in CBSE exam are asked from NCERT text books. Class 10 Maths chapter wise NCERT solution for Maths Book for all the chapters can be downloaded from our website and myCBSEguide mobile app for free. 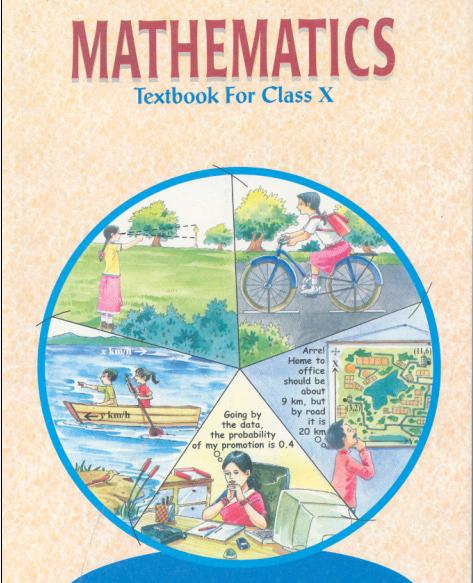 2. Diagonals of a trapezium ABCD with AB

DC intersect each other at the point O. If AB = 2CD, find the ratio of the areas of triangles AOB and COD.

3. In figure, ABC and DBC are two triangles on the same base BC. If AD intersects BC at O, show that

s ABC and DBC which stand on the same base but on the opposite sides of BC.

4. If the areas of two similar triangles are equal, prove that they are congruent.

s ABC and DEF such that

5. D, E and F are respectively the mid-points of sides AB, BC and CA of

ABC. Find the ratio of the areas of

Ans. Since, D and E are the mid-points of the sides BC and CA of

Since, D and F are the mid-points of the sides BC and AB of

From (i) and (ii), we can say that AFDE is a parallelogram.

Similarly, BDEF is a parallelogram.

s DEF and ABC, we have

By AA-criterion of similarity, we have

PQR, AD and PM are the medians of

Tick the correct answer and justify:

Ans. Given: A square ABCD,

s BCE and ACF have been drawn on side BC and the diagonal AC respectively.

[Being equilateral so similar by AAA criterion of

BDE are equilateral, they are equiangular and hence,

D is the mid-point of BC]

(C) is the correct answer.

(D) is the correct answer.