NDA is a prestigious examination in the Indian Army. Lakhs of students prepare for NDA exams every year. This is one of the most competitive exams in India too. It demands regular practice to crack any exam. NDA is not an exception. myCBSEguide offers NDA Mock Tests with Solutions. 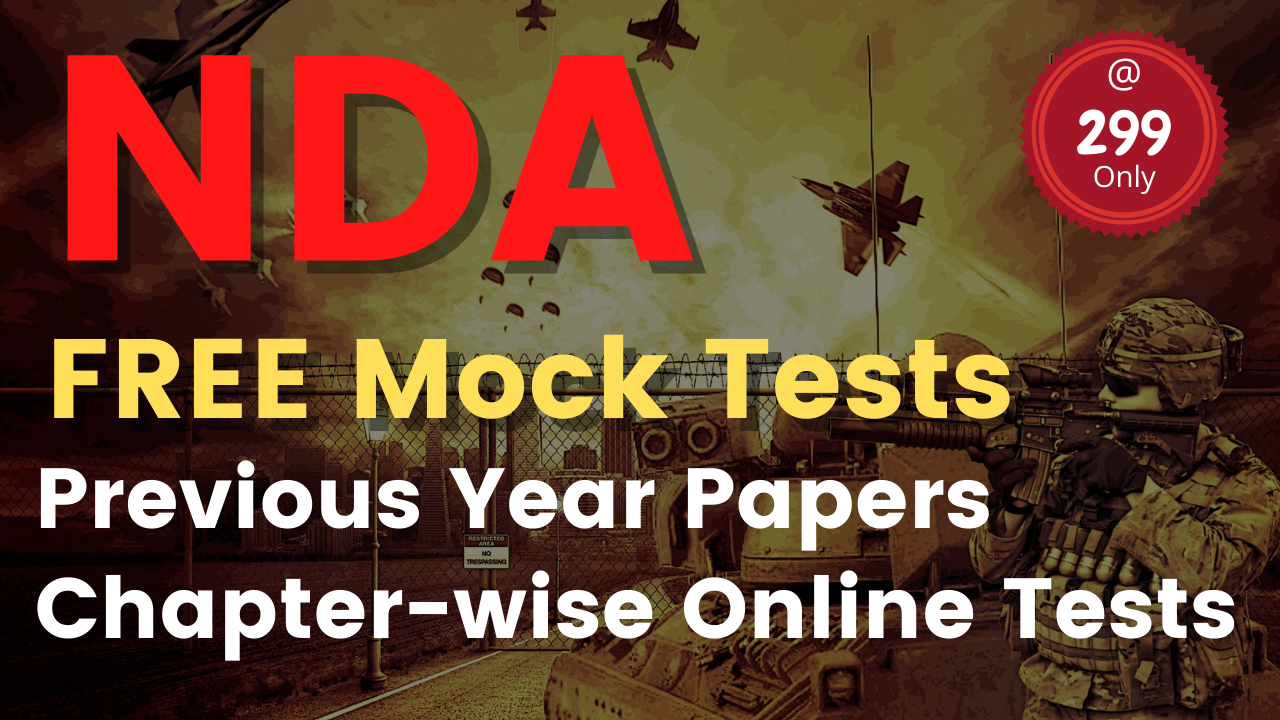 NDA Mock Tests with Solutions for students preparing for NDA exams 2022, 2023. NDA FREE Mock Tests for Mathematics, English and GAT are now available in myCBSEguide App. This app is available for free download on google playstore. Here are the steps to follow:

Not only Mock Tests but myCBSEguide also offers NDA MCQs for daily practice. We have thousands of questions for NDA examination. Students can practice them on daily basis and prepare for their exams well in advance. The daily dose of practice questions for NDA Exam will certainly help students score high in this competitive examination.

Along with NDA Mock Tests, myCBSEguide App has past 6-year question papers of NDA examination. Just go to the Previous Year Questions icon on the home screen and get them all for Free.

Although UPSC has made some changes to the question paper pattern of the NDA exam this year, the previous year papers give a perfect idea about the difficulty level of the questions.

NDA Mock test covers the whole syllabus but if you want to practice for this exam chapter by chapter, we have chapter-wise online tests for you. The App offers 100+ Online Tests that can be accessed using myCBSEguide app or myCBSEguide Student Dashboard. Here is the direct link to access the online tests for NDA exams: