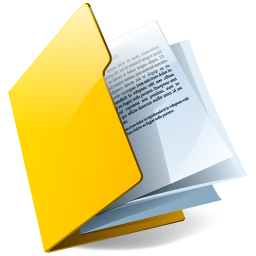 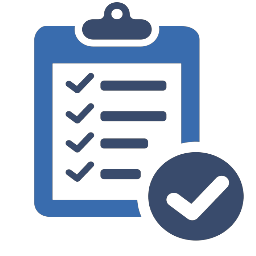 The National Talent Search Examination will be conducted for students studying at the Class X level. The examination consists of tests, namely Mental Ability Test (MAT) and Scholastic Aptitude Test (SAT). The items in the MAT and SAT are multiple choice questions. Each question has four alternatives. The candidate has to select one correct answer from the given alternatives and mark its number in the answer-sheet as per instructions given on the answer sheet. Each correct answer carries one mark. Thus, the total score of a candidate in a test is equal to the number of questions answered correctly by him/her.

This test is given to the candidates to judge their power of reasoning, ability to think, ability to judge, evaluate or discriminate, ability to visualize in the space, spatial orientation, etc. A variety of questions, for example: analogies, classification, series, pattern perception, hidden figures, coding-decoding, block assembly, problem solving etc. are used for this purpose.

1. In a certain code, MONKEY is written as XDJMNL. How is TIGER written in that code?

2. In a queue Rekha is 9th from the back. Geeta’s place is 8th from the front. Rimya is standing between two. What could be the minimum number of girls standing in the queue?

Language Test is designed to judge the power of reading comprehension, logical sequencing; interpretative, evaluative, predictive and creative components of language. The candidates may please carefully note that language test is to be attempted either in English or in Hindi (as per option of the candidate) in the national level NTSE.

I. Read the following passage about the people of Coorg and answer the questions that follow.

The fiercely independent people of Coorg are possibly of Greek or Arab descent. As one story goes, a part of Alexander’s army moved south along the coast and settled here when return became impractical. These people married amongst the locals and their culture is apparent in the martial traditions, marriage and religious rites, which are distinct from the Hindu mainstream. The theory of Arab origin draws support from the long, black coat with an embroidered waist-belt worn by the Kodavus known as kuppia, it resembles the kuffia worn by the Arabs and the Kurds.

1. The writer has good reasons to believe that the Coorgs are of Greek or Arab descent.

3. The writer is stating a fact.

4. The writer says that it is unlikely.

1. The Greeks could not go back.

2. The Greeks wanted to stay back.

3. They found it difficult to go back.

4. They found it frivolous to go back.

3. ‘distinct from the Hindu mainstream’ means

4. The Arab origin of the Coorg implies

1. How the Arab originated

2. How the idea that the Coorgs are of Arab origin originated

3. How a theory originated among Arabs

4. Living in Coorg is same as living in Iraq

5. Find the adjective that describe the Coorg

3. Protective of their identity

II. The following five sentences come from a paragraph. First and last sentences are given. Choose from the given three sentences (P,Q,R) the order in which they appear to complete the paragraph.

S1 Many new government buildings in Delhi will have cool roofs

S5 A white wash of a dark roof is one cheap and simple option.

P This will help reduce energy use by air conditioners.

Q They will reflect sunlight and heat unlike conventional dark ones.

Choose from the option given below.

IV. Find the word which best completes the sentence.

V. There are different names for the word ‘storm’ depending on their nature. Choose from the box below which suits the definition of the word.

1. A violent tropical storm in which strong winds move in a circle.

4. A violent storm whose centre is a cloud in the shape of a funnel.

5. A violent storm with very strong winds, especially in the western Atlantic ocean.

6. A very strong wind that moves very fast in a spinning movement and causes a lot of damage.

VI. Choose the correct phrase from the given options to complete the sentences.

2. to create such heights of character.

4. to lead to unpleasantness.

1. but the triumph over it.

4. but an act of self preservation.

1. Trace the growth of different strands of National Movement in India in time sequence.

a. Establishment of Depressed Classes Association

b. Indian Industrial and Commercial Congress

2. Match the natural vegetation in Column I with the State in Column II

3. Ford Motors, an MNC wants to invest in India for manufacturing automobiles because

1. they can hire cheap labour.

4. Which of the following situations is the example of violation of the Principle of ‘free and fair election’?

1. A candidate openly supports reservation on the caste basis and gets overwhelming support of the voters of a particular caste.

2. A party promises in its election manifesto that if it wins, it will make a policy to give every household a free TV set.

3. A Leader declares that if his party forms the government it would waive the loans of small farmers.

4. A candidate distributes motorcycles to all those who manage more than one hundred votes in his favour.

Sample Questions in Sciences and Mathematics

1. An element ‘A’ reacts with oxygen to form a protective layer of compound ‘B’. The component ‘B’ is also obtained by the reaction of ‘A’ with rust. The compound ‘B’ is known to react both with acids and bases. Identify the element ‘A’.

2. In a fight and flight situation, adrenaline hormone is secreted to enable to deal with, the responses include:-

A. Increase in blood supply to skeletal muscle and contraction of diaphragm.

B. Increase in blood supply to digestive system and contraction of rib muscle.

C. Supply of more oxygen to muscle and reduced blood supply to skin.

3. A horse pulls a carriage with a force P. Which two among the following statements are correct?

a) The carriage also pulls the horse back with a force P.

b) Since the carriage pulls the horse back with a equal force P, the system does not move at all.

c) The system moves because the horse can hit the ground with its hoofs; the horizontal component of whose reaction is greater than the total frictional and other forces of resistance offered by the ground.

d) The acceleration of the horse and the carriage are unequal.