The chapter, The Making of A Scientist is present in the supplementary reader, Footprints without feet (English Class 10). It is written by Robert W. Peterson. You must download the myCBSEguide app to get the most important questions of this lesson.

Summary Of The Chapter, The Making of A Scientist

The entire chapter revolves around Richard H. Ebright, a brilliant scientist who has received the Searle Scholar Award and the Schering Plough Award for Biochemistry and Molecular Biology. 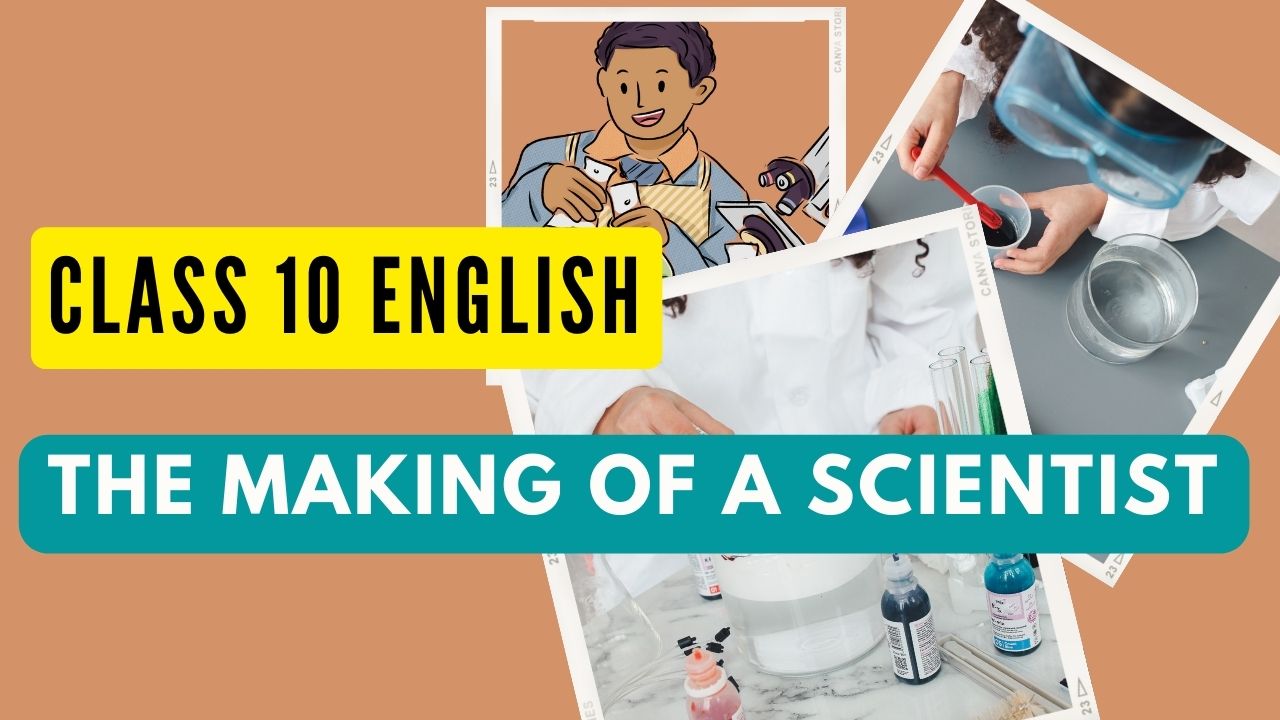 It is the story of an inquisitive child whose fascination for butterflies introduced him to the world of science. His curiosity drove him to become a popular and successful scientist. He was extremely close to his mother and she played a vital role in shaping his little mind and later encouraging him towards science and gaining knowledge. As a child, he collected rocks, fossils, coins and butterflies too. By the time he was in grade two, he had already gathered twenty-five species of butterflies that were found in his hometown. His mother presented him with a book named, The Travel Of Monarch X. This book was a turning point in his life and opened the world of science for this young and curious collector.

In grade 7, Ebright got to experience real science, when he participated in the Country Science Fair . Though he didn’t win any prize, the event was important as here he was enlightened with the fact that to win something he ought to perform something extraordinary.

Later in grade 8, he worked hard to find the reason behind the viral sickness that killed a majority of the monarch caterpillars every year. He thought the beetles to be the real culprit but was proven wrong after he carried out an in-depth observation. In the coming year, he tested the theory that viceroy butterflies copy monarchs. His hard work paid off and his project won first prize in the zoology division and third in the Country science fair.

In his second year of High school, Richard discovered an unknown insect hormone which evolved his new theory on the lives of cells. He tried to find the purpose of the tiny golden spots on the back of the monarch pupa. This project won first place in the Country science fair and earned him a chance to work at the Walter Reed Army Institute Of Research.

He continued his efforts and eventually identified the hormone’s chemical structures. While looking at the X-ray photos of the hormone he got the idea of his new theory that cells can read the blueprint of their DNA. Ebright and his roommate constructed the plastic model of a molecule to illustrate the working of DNA. This was a giant stride and got published in a magazine. He graduated from Harvard University with flying colors.

Richard H. Ebright was a multi-faceted and versatile personality. He was not only a scientific prodigy but was also a keen observer of nature. He had a panache for sports and other co-curricular activities such as debates, declamations etc. His inquisitiveness and competency drove him to become a great scientist. Blessed with an analytical and sharp mind he was truly an all-rounder.

The theme of the story, The Making Of A Scientist

The plot revolves around the life of a  scientist, Richard H. Ebright. It projects his hard work and passion. The chapter inspires you to pursue your dreams. As a child Ebright was extremely curious, in fact, this inquisitiveness only drove him to become a scientist. Ebright’s journey of becoming a leading scientist conveys a strong message to us. It conveys that persistence, dedication and hard work are the key ingredients for achieving one’s dreams. He made numerous scientific advances and became an accomplished scientist.

FAQs from the chapter, The Making Of A Scientist (class 10, English CBSE)

Q1. Who was Richard H. Ebright?

A1. Richard H. Ebright was a celebrated scientist who made many scientific advances. His mother played a vital role in shaping his young mind towards science. He was extremely curious to explore and discover the world around him. She tried her level best to quench his thirst for knowledge by buying him cameras, telescopes, microscopes and other equipment that aggravated his curiosity.

Q2. What was Richard Ebright famous for?

A2. While graduating from high school Ebright discovered an unknown insect hormone which eventually formed the base for his theory on the lives of cells. Soon he was able to identify the chemical structure of the hormone and one day, while looking at the Xray photos of the hormone an idea originated in his mind that made him popular instantly. He discovered that cells could read the blueprint of its DNA. This was a giant stride in making Ebright an accomplished scientist. Richard H. Ebright was a brilliant scientist who received the Searle Scholar award and the Schering Plough Award for Biochemistry and Molecular Biology.

Q3. What qualities of Ebright are highlighted in the story, The Making Of A Scientist?

A3. As a child, Richard was extremely curious about the world around him. It was his fascination with the butterflies that opened the world of science for him. He was determined and dedicated. The defeat at the Country Science Fair encouraged him to work harder and do something extraordinary. The failure did not hinder his path of success but on the contrary, inspired him to put that extra effort and think differently to achieve his dreams. He had a brilliant and versatile personality. He was not only a scientific prodigy but also a keen admirer and observer of nature. He had a panache for sports and other curricular activities like debates, declamations etc. He was truly a multi-talented person who was definitely blessed with an extremely sharp and analytical mind.

Some important questions according to CBSE

You can practice questions from the myCBSEguide app. It is recommended to go through the previous year’s papers, also available at our site. There are also MCQs provided with explanations for each chapter to help the student revise byte-sized information. This would aid the student to ace the Class 10 English board exam and excel in academics. Here is a list of questions prepared according to the CBSE prescribed syllabus from the chapter, The Making of A Scientist which is considered to be important.

You can easily answer them by reading the above summary. Remember never to skip reading your NCERT chapter before attempting the questions.