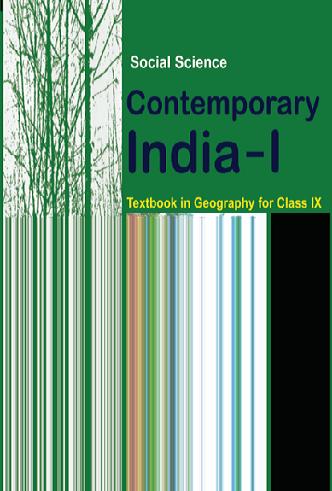 Question 1. Choose the correct answer from the four alternatives given below.

(i) Which one of the following places receives the highest rainfall in the world?

(ii) The wind blowing in the northern plains in summers is known as:

(d) None of the above

(iii) Which one of the following causes rainfall during winters in north-western part of India.

(v) Which one of the following characterises the cold weather season in India?

(a) Warm days and warm nights

(b) Warm days and cold nights

(i) What are the controls affecting the climate of India?

(ii) Why does India have a monsoon type of climate?

(ii)India comes in the Inter Tropical Convergence Zone (ITCZ) also with various other factors, like the El Nino, Jet Stream and Coriolois Force are the reasons for monsoon type of climate in India.

(iii) Which part of India does experience the highest diurnal range of temperature and why?

Answer : (iii)Northwestern part of India experiences the highest diurnal range of temperature. This happens because of the presence of the Thar Desert and also because this region does not have the moderating influence of the ocean.

(iv) Which winds account for rainfall along the Malabar coast?

Answer : (iv)Malabar Coast gets rains from depressions and cyclones.

(v) What are Jet streams and how do they affect the climate of India?

Answer : (v)Jet streams are high velocity westerly winds blowing through a narrow zone in the upper troposphere. The westerly flows are responsible for the western disturbances experienced in the north and north-western parts of the country. The easterly jet streams cause tropical depressions during the monsoon as well as October-November months.

(vi) Define monsoons. What do you understand by “break” in monsoon?

Answer :(vi)Monsoon refers to the seasonal reversal in the wind direction. Monsoon ‘break’ refers to the happening of wet and dry spells during the rainy season. The monsoon rains take place only for a few days at a time.

(vii) Why is the monsoon considered a unifying bond?

Question 3. Why does the rainfall decrease from the east to the west in Northern India.

Answer :The Bay of Bengal branch of the monsoon winds moves towards northeast and return westwards covering the northern plains. While they move towards west, their moisture contains tends to reduce with subsequent rains. Hence the rainfall decreases from east to west in northern India.

Question 4. Give reasons as to why.

(i) Seasonal reversal of wind direction takes place over the Indian subcontinent?

(ii) The bulk of rainfall in India is concentrated over a few months.

Answer :(ii)The monsoon begins from the first week of June and advances quite rapidly to cover almost the whole country by mid-July. Hence, the bulk of rainfall in India is concentrated over the months of a few months; mainly June to August.

Answer :(iii)The Tami Nadu coast receives winter rainfall because of movement of low-pressure conditions to the Bay of Bengal.

(iv) The delta region of the eastern coast is frequently struck by cyclones.

Answer (iv) The Bay of Bengal is the centre of various pressure changes and hence there is always a chance of development of cyclone. Due to this, the delta region of the eastern coast is frequently struck by cyclones.

(v) Parts of Rajasthan, Gujarat and the leeward side of the Western Ghats are drought-prone.

Answer : (v)The parts fall in the rain shadow area of the Aravalli. Hence, they are drought prone and don’t receive much of rainfall.

Question 5. Describe the regional variations in the climatic conditions of India with the help of suitable examples.

There is regional variation in the climatic conditions of India. Temperature and Precipitation vary from place to place and season to season.
→ In summers the temperature rises up to 50°C in parts of Rajasthan, whereas it may be around 20°C in Pahalgam in Kashmir.
→ In winters night temperature in Dress in Kashmir may be minus 45°C, whereas in Tiruvanantapuram in Kerala may have a temperature of 20°C.
→ In Andaman Islands the difference between day and night temperature may be hardly 7° – 8°C.
→ Coastal areas experience less contrast in the temperature, whereas seasonal contrasts are more in the interior of the country.
→ There is decrease in rainfall generally from east to west in the northern plains.
→ Most part of India get rainfall from June – September, whereas Coromandel Coast gets rainfall in winter season.

Question 6. Discuss the mechanism of monsoons.

Answer :
Following are the factors responsible for the mechanism of monsoon:
→ The Sun causes differential heating and cooling of land and water. This creates low pressure on the landmass of India and high pressure over the ocean surface.
→The Inter Tropical Convergence Zone (ITCZ) is normally positioned about 5°N of the equator. It shifts over the Ganga plains during summer. It is also known as the monsoon trough during the monsoon season.
→ The high pressure area, east of Madagascar is approximately 20°S over the Indian Ocean. This area affects the Indian Monsoon.
→ The Tibetan plateau gets intensely heated during summer. This results in strong vertical air currents and formation of high pressure over the plateau. This high pressure zone is about 9 km above the sea level.
→ The westerly jet stream move to the north of the Himalayas, and the tropical easterly jet stream moves over the Indian Peninsula during summer.
→ The periodic change in pressure conditions between Pacific Ocean and the Indian Ocean that is known as the Southern Oscillation or SO also affects the monsoon.
→ The difference in pressure over Tahiti and Darwin is computed to predict the intensity of the monsoons. Tahiti (18°S/149°W) lies in the Pacific Ocean and Darwin (12°30’S/131°E) lies in northern Australia. If the pressure differences are negative, it means a below average and late monsoon.

Question 7. Give an account of weather conditions and characteristics of the cold season.

Following are the features of the cold season:
→ The winter season begins from mid-November and till February; in northern India.
→ December and January are the coldest months in the northern part of India.
→ The temperature ranges between 10°-15°C in the northern plains, while it ranges between 24°-25°C in Chennai.
→ The northeast trade winds prevail over the country in this season. As these winds blow from land to sea, most parts of the country experience a dry season.
→ The weather is usually marked by clear sky, low temperatures and low humidity and weak variable winds.
→ The inflow of the cyclonic disturbances from the west and the northwest is a characteristic feature of the cold weather over the northern plains.
→ These low-pressure systems originate over the Mediterranean Sea and Western Asia and move into India. They cause winter rains over the plains and snowfall in the mountains.
→ The winter rainfall is in small amount but is very important for the rabi crop. This rainfall is locally known as mahawat.
→ The peninsular region does not get a well-defined winter because of the moderating influence of the sea.

Question 8. Give the characteristics and effects of the monsoon rainfall in India.

Characteristics of the monsoon rainfall in India:
→ The duration of the monsoon varies from 100 to 120 days from early June to mid- September.
→ Around the time of its arrival, the normal rainfall increase suddenly and continues regularly for several days. This is called the ‘burst’ of the monsoon.
→ They are distinguished from the pre-monsoon showers because of their increase in rainfall amount and regularity.
→ The monsoon arrives at the southern tip of the Indian Peninsular generally by the first week of June.
→ The rainfall is unevenly distributed across the country.

Effects of the monsoon rainfall in India:
→ Agriculture in India largely depends on Indian monsoons for water. Late, Low or excessive rains have a negative impact upon crops.
→ Due to uneven distribution of rainfall across the country, there are few places that are drought prone and few are flood affected.
→ The monsoon provides India with a diverse climatic pattern. Hence, in spite of the presence of great regional variations, it has a unifying influence upon the country and its people.

On an outline map of India, show the following.

(i) Areas receiving rainfall over 400 cm.

(iii) The direction of the south-west monsoon over India.