NCERT solutions for Economics Poverty as a Challenge Download as PDF 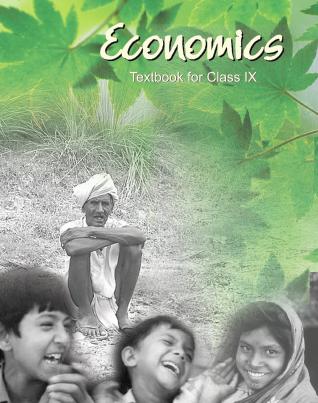 Question 1.Describe how the poverty line is estimated in India?

n India poverty line is measured or calculated considering the following factors required for subsistence:
1. Minimum level of food requirement,
2. Clothing
3. Footwear
4. Fuel and Light
5. Education and
6. Medical requirement etc.
These physical quantities are multiplied by their prices. The present formula for food requirement is based on the desired calorie requirement. On the basis of these calculations in 1999 – 2000, the poverty line in the rural areas was fixed Rs.328 per capita per month and in urban areas, it was Rs.454. People earning more than this amount were considered above the poverty line and earning less than this amount were considered as living below the poverty line.

Question 2.Do you think that present methodology of poverty estimation is appropriate?

he present methodology of poverty estimation does not look appropriate. It only takes one factor in view and that is the economic factor. Moreover it considers about a “minimum” subsistence level of living rather than a “reasonable” level of living.

Poverty has many dimensions. It is no longer confined to economic factors alone. With development, the definitions of what constitutes poverty also changes. Its concept has broadened to human poverty. A few persons may have been able to feed themselves but if they are without education, without shelter, without health-care, without job security, without self-confidence, without social equality, they are considered poor. If poverty is to be removed in real sense and the people are to be brought above the poverty line, not only that we need to increase their income but also, we have to provide the people with education, shelter, health-care, job-security, respect, dignity all.

As per the data, there is a substantial decline in poverty ratio in India from 55 percent in 1973 to 36 percent in 1993. There was further decline from 36 percent in 1993 to 26 percent in 2000. Although the number of poor people remained stable (about 320 million) in the earlier two decades (1973 to 1993), there was significant reduction in the number of the poor to about 260 million till 2000.It may also be notedthat poverty ratio always remained higher in rural areas compared to urban areas.If thepresent trend continues, the people below poverty line may come down to less than 20 percent in the next few years.

Question 4.Discuss the major reasons for poverty in India?

Answer : The major reasons for poverty in India are:
→ Colonial Rule:India went through a long phase of low economic development under the British colonial administration. The policies of the colonial government ruined traditional handicrafts and discouraged development of industries like textiles.
→ High growth in Population:The rapid growth of population, particularlyamong the poor, is considered one of the major causes behind Indian poverty. Poor peopleare illiterate and have traditional outlook. Hence, they are either ignorant of birth controlmeasures or not convinced of the need of birth control. Moreover, they consider male childas an asset, that is, as a source of income and a source of security during old age.
→Low Rate of Economic Development : The actual rate of growth in India has alwaysbeen below the required level. It has been around 4 per cent since 1951. This has resultedin less job opportunities. This was accompanied by a high growth rate of population.
→Unemployment : Another important factor that can be held responsible for the incidenceof high poverty in India is the high degree of unemployment and underemployment. Thejob seekers are increasing at a higher rate than the increase in the employmentopportunities.
→ Unequal Distribution:Although national income of India has been increasingsince 1951, it was not properly distributed among different sections of the society. A largeproportion of increased income has been pocketed by a few rich. They become richer.Consequently, the majority of people have to live below the poverty line.
→Social Factors : Various social factors, viz., caste system, joint family system, religiousfaiths, law of inheritance, etc., have blocked the path of economic development.

Question 5. Identify the social and economic groups which are most vulnerable to poverty in India.

Question 6.Give an account of interstate disparities of poverty in India.

Answer : The proportion of poor is not the same in every state. Though there has been a decline in poverty in every state from the early seventies, the success rate of reducing poverty has varied from state to state. In 20 states and union territories, the poverty ratio is less than the national average of 26. In others, the poverty ratios are higher than the national average. Among these, Orrisa and Bihar continue to be the two poorest states with poverty ratios of 47 and 43 per cent respectively. Both rural and urban poverty are quite high in these states. On the other hand, states like Tamil Nadu, Andhra Pradesh, Gujarat, Kerala, Punjab and Jammu and Kashmir and West Bengal have shown a significant decline in poverty. Public distribution of food grains, focus on human resource development, high agricultural development and land reform measures are some of the factors responsible for the decline in poverty in these states.

Answer :The proportion of people in developing countries living on less than $1 per day has fallen from 28 per cent in 1990 to 21 per cent in 2001. There has been a substantial reduction in global poverty since the nineteen eighties. However, the reduction in poverty is marked with great regional differences. Due to rapid economic growth and massive investment in human resource development, poverty declined substantially in China and Southeast Asian countries.
On the other hand, in South Asian countries (India, Pakistan, Sri Lanka, Nepal, Bangladesh, Bhutan), the decline has not been as rapid. While the ratio of poverty in Latin America has remained the same,in sub-Saharan Africa, poverty has risen from 41 per cent in 1981 to 46 per cent in 2001. According to the world development report of 2001, countries like Nigeria, Bangladesh and India still have a large percentage of people living under poverty.
Poverty has also resurfaced in some of the former socialist countries like Russia, where officially it was non-existent earlier.

Answer: Removal of poverty has one of the major objectives of Indian developmental strategy. The current government strategy of poverty alleviation is based on two planks:
(1) Promotion of Economic Growth
(2) Targeted Anti-poverty Programmes

Some of the anti-poverty programmes undertaken by government at present are discussed below:
→ Prime Minister’s Rozgar Yojana (PMRY):Started in 1993, this programme aims to create self-employment opportunities for educated unemployed youth in rural areas and small towns.
→ Pradhan Mantri Gramodaya Yojana (PMGY):Launched in 2000, this aims to create and improve basic services like primary health, primary education, rural shelter, rural drinking water and rural electrification.
→ National Food for Work programme (NFWP):Launched in 2004 in 150 most backward districts of the country, this programme is open to all rural poor who are in need of wage employment and desired to do manual unskilled work.
→ National Rural Employment Guarantee Act (NREGA):This act was passed in September 2005. The act provides 100 days assured employment every year to every rural household in 200 districts. Later, the scheme will be extended to 600 districts and also one third to the proposed jobs would be reserved for women.

(i) What do you understand by human poverty?

Answer : i)Human poverty is a concept that goes beyond the limited view of poverty as lack of income. It refers to the denial of political, social and economic opportunities to an individual to maintain a “reasonable” standard of living. Illiteracy, lack of job opportunities, lack of access to proper healthcare and sanitation, caste and gender discrimination, etc., are all components of human poverty.

(ii) Who are the poorest of the poor?

Answer :(ii)Women, children (especially the girl child) and elder people in a poor family are regarded as the poorest of the poor because they are systematically denied equal access to resources available to the family.

(iii) What are the main features of the National Rural Employment Guarantee Act 2005?

Answer :(iii)Main features of the National Rural Employment Guarantee Act 2005:
→ The Act assures 100 days employment every year to every household.
→ Initially covering 200 districts, the Act would be extended later on to cover 600 districts.
→ One-third of the jobs are reserved for women.