NCERT Solutions for Class 9 English In the Kingdom of Fools book solutions are available in PDF format for free download. These ncert book chapter wise questions and answers are very helpful for CBSE exam. CBSE recommends NCERT books and most of the questions in CBSE exam are asked from NCERT text books. Class 9 English chapter wise NCERT solution for English part 1 and English part 2 for all the chapters can be downloaded from our website and myCBSEguide mobile app for free 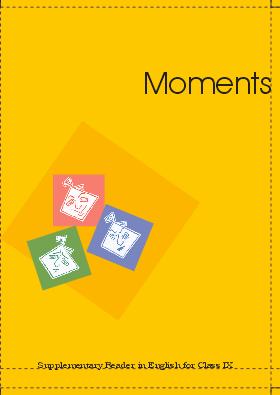 Page No: 27 Think About It
1. What are the two strange things the guru and his disciple find in the Kingdom of Fools?

Ans: The two strange things that the guru and his disciple observe in the kingdom of fools are:
▸ Every sleeps during the day and carry out their work at night
▸ The cost to purchase anything from the market was the same, one duddu (one rupee).
Whether it was a measure of rice or a bunch of banana it cost the same

2. Why does the disciple’s decide to stay in the Kingdom of Fools? Is it a good idea?

Ans: The disciple decided to stay in the Kingdom of Fools because he was delighted that everything cost a single duddu and everything was very cheap. All that he wanted was good and very cheap food. According to the Guru, staying there was not a good idea as they were all fools and so he felt this situation would not last long and was not sure about what they would do in the future.

3. Name all the people who are tried in the king’s court, and give the reasons for their trial.

Ans: Following people were tried in the king’s court:
▸ The merchant whose house was burgled: Because his house’s wall was weak and it fell upon the burgular and killed him
▸ The bricklayer who built the wall: Because he built a wall which was weak and which collapsed killing the burglar
▸ The dancing girl: Because she distracted the bricklayer with her jingling anklets by walking up and down the road where bricklayer was laying the wall
▸ The goldsmith: Because he didn’t complete the dancing girl’s order on time and so she had to go to the goldsmith a dozen times.
▸ The merchant whose house was burgled (second time): because his father persuaded the goldsmith to finish his order first thereby delaying the dancing girl’s order. Since the merchant’s father died, the merchant had to be executed in his father’s place
▸ The disciple: Because the merchant was too thin to be executed by the newly made stake and a fat man was required to fit the stake. The disciple was very fat, hence he was caught

4. Who is the real culprit according to the king? Why does he escape punishment?

Ans: The real culprit according to the king is the merchant because although his old father was the real murderer he was dead and someone had to be punishment in his place. He escapes the punishment because he is too thin to be properly executed on the stake.

5. What are the Guru’s words of wisdom? When does the disciple remember them?’

Ans: The guru’s words of wisdom were that it was the city of fools. He advised the disciple to leave the city because he would not know what they would do next. The disciple remembers this when he was going to be executed.

6. How does the guru mange to save his disciple’s life?

Ans: The guru tries to confuse the king by expressing his desire to be killed first. Then to further confuse the king he tells the story of becoming the king in the next incarnation. Apparently it may sound like a case of pure lie to save your dear one’s life. But if we go deeper consciously or unconsciously the sage is trying to save everybody’s life in the kingdom. Ultimately he is able to pull everybody out of the misery of living in the kingdom of fools.