NCERT solutions for Science Force and Pressure Download as PDF 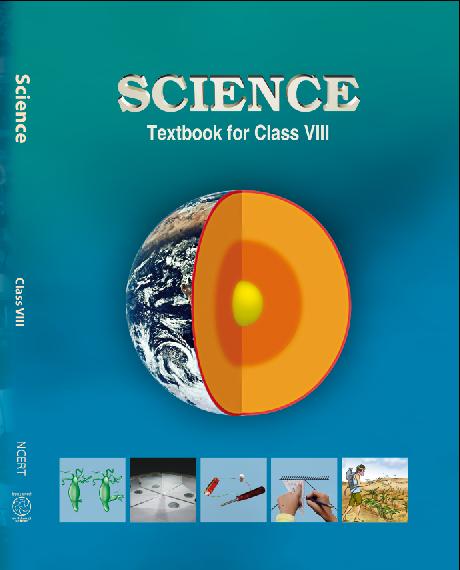 1. Give two examples each of situations in which you push or pull to change the state of motion of objects.

Ans. (a) If a rubber ball or marble is placed on a very smooth surface and given a small push, it starts moving with some speed.

(b) If a child is placed on a hanging swing in the state of rest and the swing is pulled again and again by a rope, the swing will move to and fro with a speed.

2. Give two examples of situations in which applied force causes a change in the shape of an object.

Ans. (i) If an inflated balloon is taken and pressed from two sides with hand, its shape get changed.

(ii) If a plate of steel is beaten up with a hammer the shape of the plate will get change.

3. Fill in the blanks in the following statements.

Ans. Fill in the blanks

(a) To draw water from a well we have topull at the rope.

(c) To move a loaded trolley we have to pull it.

4. An archer stretches her bow while taking aim at the target. She then releases the arrow, which begins to move towards the target. Based on this information fill up the gaps in the statements using the following terms.

(c) The type of force responsible for a change in the state of motion of the arrow is an example of a ______ force.

5. In the following statements identify the agent exerting the force and object on which its acts. State the effect of the force in each case.

(a) Squeezing a piece of lemon between the fingers to extract its juice.

(b) Taking out paste from a toothpaste tube.

(c) A load suspended from a spring while its other end is on a hook fixed to a wall.

(d) An athlete making a high jump to clear the bar at a certain height.

6. A blacksmith hammers a hot piece of iron while making tool. How does the force due to hammering affect the piece of iron?

Ans. The shape of the hot piece of iron changes. It flattens and becomes thinner than earlier. This is the effect of force due to hammering the piece of iron.

7. An inflated balloon was pressed against a wall after it has been rubbed with a piece of synthetic cloth. It was found that the balloon sticks to the wall. What force might be responsible for the attraction between the balloon and the wall?

Ans. This is an electrostatic force.

Ans. The forces that act on the bucket are as follows:-

(i) The pressure of water contained in it, exerted on its wall and on base of the bucket.

(ii) Force of gravity by earth.

(iii) The water is contained in a bucket and the pressure of force is exerted on the wall of the bucket, which is sufficient to take it as a force.

As the bucket is held in my hand, so I overcome the force of gravity of the earth. That is why these forces do not bring a change in the state of motion.

9. A rocket has been fired upwards to launch a satellite in its orbits. Name the two forces acting on the rocket immediately after leaving the launching pad.

Ans. The two forces that are acting on the rocket immediately after leaving the launching pad are:

(a) Force of gravity of earth acting downward and

(b) The frictional force produced by air particles.

(a) Pressure of water.

(b) Gravity of the earth.