NCERT Solutions for Class 8 English The Selfish Giant book solutions are available in PDF format for free download. These ncert book chapter wise questions and answers are very helpful for CBSE exam. CBSE recommends NCERT books and most of the questions in CBSE exam are asked from NCERT text books. Class 9 English chapter wise NCERT solution for English part 1 and English part 2 for all the chapters can be downloaded from our website and myCBSEguide mobile app for free 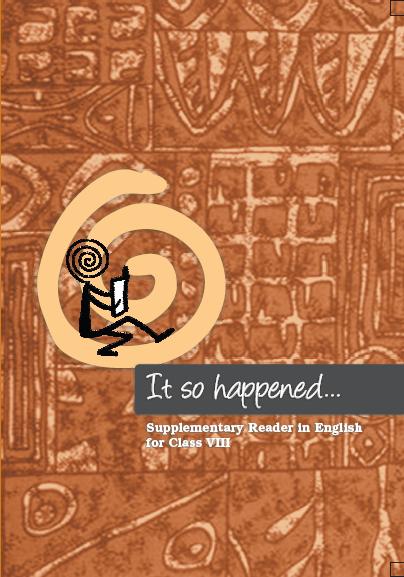 English (It So Happened)

1: Why is the Giant called selfish?

Ans: The Giant is called selfish because he did not allow children to play in the garden. He built a high wall around the garden. He also put up notice board with a warning on it.

2: On one occasion the children said: “How happy we are here!”

Later they said: “How happy we were there!”

What are they referring to in both the cases?

3: (i) When spring came, it was still winter in the garden. What does winter stand for or indicate here?

(ii) Winter has been presented like a story with its own characters and their activities. Describe the story in your own words.

Ans: (i) In the story, winter stands for a negative, desolate and lifeless environment. In this environment, trees and flowers do not blossom. Here, winter also refers to an atmosphere of depression and laziness. Since birds did not sing, children did not play and spring did not visit the garden, winter prolonged its stay in the garden.

(ii) When spring came, the birds did not sing as there were no children. The trees too did not blossom. At a particular instance, a flower put its head out from the grass. However, when it saw the notice board put up by the giant, it felt sad and sorry for the children, got back inside the grass, and went off to sleep. On the other hand, snow and frost were very happy. While the snow covered the grass, the frost fell on all the trees. They invited the North Wind to stay with them, and later even the Hail was asked to visit. The Hail rattled the roof of the castle every day until some of it started breaking, and then it ran round the garden again and again as fast as it could.

4: Was the Giant happy or sad over the state of the garden?

Ans: The Giant was sad over the state of his garden. He could not understand why spring was so late in coming.

5:What effect did the linnet’s song have over Hail and the North Wind?

Ans: When the linnet sang, the Hail stopped dancing over his head, and the North Wind stopped roaring.

1: (i) The Giant saw a most wonderful sight. What did he see?

(ii) What did he realise on seeing it?

Ans: (i) The Giant saw that the children had entered the garden through a small hole in the wall, and were sitting on the branches of trees. There was a child on every tree. The trees had covered themselves with blossoms as they were glad to have the children back. The birds were flying about and twittering in delight, and the flowers and grass were laughing out loud.

2:Why was it still winter in one corner of the garden?

Ans: In one corner of the garden, there was a tree all covered with frost and snow. The North Wind was blowing and roaring above it. A little boy was standing in front of it, but could not reach its branches. As a result, there was still winter in this part of the garden.

3:Describe the first meeting of the little boy and the Giant.

Ans: The first meeting of the little boy and the Giant was beneath the tree that was covered with frost and snow. The Giant took him gently in his hands and put him up into the tree. The tree at once blossomed, and the birds came and sang on it. The little boy stretched out his two arms, flung them round the Giant’s neck, and kissed him.

4: Describe their second meeting after a long interval.

Ans: Their second meeting took place after a long interval; on a winter morning. The Giant was surprised to see that in the farthest corner of the garden, there was a tree covered with lovely white blossoms. Its branches were golden, and silver fruit hung down from them. The little boy stood underneath it. The Giant went towards him in great joy. As he came near the child, his face grew red with anger when he saw that there were imprints of nails on his palms and feet. The Giant asked the little boy who had wounded him, and told him that he would slay the one who had done so. The child Ansed that those were the wounds of love. Kneeling before the little child in awe, the Giant asked him who he was. The child smiled at the Giant, and said to him that since he had let him play once in his garden, that day he would come with him to his garden, which was paradise.

5:The Giant lay dead, all covered with white blossoms. What does this sentence indicate about the once selfish Giant?

1:The little child’s hands and feet had marks of nails. Who does the child remind you of? Give a reason for your Answer.

Ans: The child reminds one of Jesus Christ. When the Giant met the little child for the second time, he saw imprints of nails on his palms and feet. When Christ was crucified, nails were dug into his palms and feet. He had sacrificed his life for humanity, so that the sins of the world would be washed away. That is why the child told the Giant that those were the wounds of love.