SNIPPETS FROM THE CHAPTER

Sources: There is a rich collection of sources to study Roman history, like – texts, documents and material remains.

Documentary sources include mainly inscriptions and papyri. Inscriptions were usually cuton stone, so a large number survive, in both Greek and Latin.
The ‘papyrus’ was a reed-like plant that grew along the banks of the Nile in Egypt and was processed to produce a writing material that was very widely used in everyday life.
Thousands of contracts, accounts, letters and official documents survive ‘on papyrus’ and have been published by scholars who are called ‘papyrologists.
Boundaries of Roman Empire
Division of Roman Empire:
THE EARLY EMPIRE
Administration: i. The Army – ii. The Senate – iii. the Aristocracy – iv. The Emperor – v. Republic – vi. Provincial Territory – vii. Taxation

Territories: The Roman Empire had two types of territories – dependent kingdoms and provincial territory. The Near East was full of dependent kingdoms but they disappeared and were swallowed up by Rome. These kingdoms were exceedingly wealthy, for example Herod’s kingdom yielded 5.4million denarii per year, equal to over 125,000 kg of gold per year.

A city in the Roman Empire was an urban centre with its own magistrates, city council and a ‘territory’ containing villages which were under its jurisdiction. Thus, one city could not be in the territory of another city, but villages almost always were included.
THE THIRD CENTURY CRISIS:  The first two centuries were free from civil war, therefore, it was known as period of peace, prosperity and economic expansion. External warfare was also much less common in the first two centuries. But the third century brought in the first sign of internal conflict.

A. Sources of Entertainment 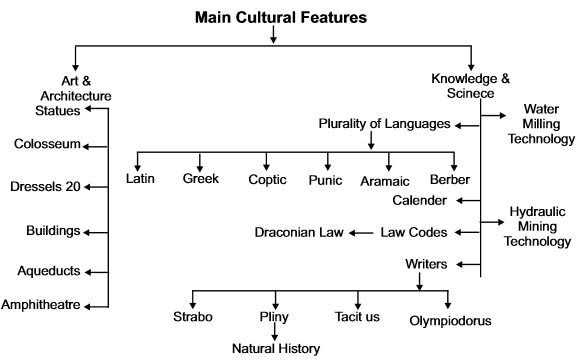 (A) Presbyterian: (i) The Aristocratic class (ii) Second Class 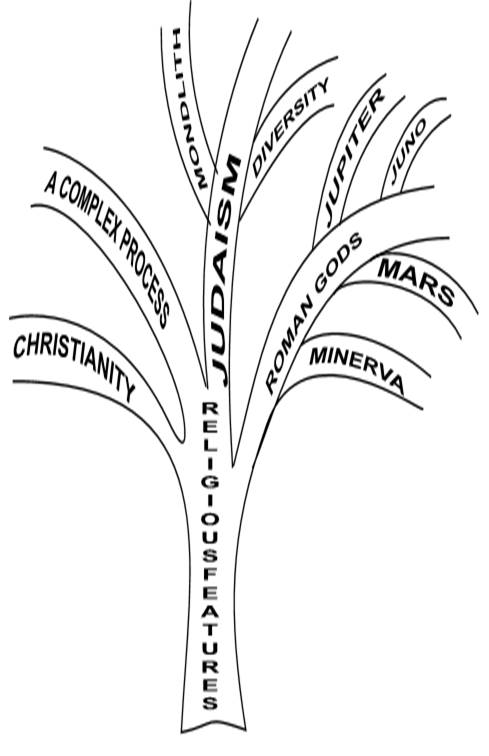 ‘Late antiquity’ is the term now used to describe the final, fascinating period in the evolution and break-up of the Roman Empire and refers broadly to the fourth to seventh centuries. The fourth century itself was one of considerable ferment, both cultural and economic.

Cultural features of the Roman world from the Fourth to Seventh Centuries:
Emperors and their Achievements

a. Overexpansion of the Empire:

d. Monetary sphere: Constantine founded the new monetary system on gold and there were vast amounts of this in circulation. Constantine’s chief innovations were in the monetary sphere, where he introduced a new denomination, the solidus, a coin of 4½ gm of pure gold that would in fact outlast the Roman Empire itself. Solidi were minted on a very large scale and their circulation ran into millions.

a. Abandons territories of little economic and strategic importance: Overexpansion had led Diocletian to ‘cut back’ by abandoning territories with little strategic or economic value.

b. Expansion of Empire: The reign of Justinian is the highwater mark of prosperity and imperial ambition. Justinian recaptured Africa from the Vandals (in 533) but his recovery of Italy (from the Ostrogoths) left that country devastated and paved the way for the Lombard invasion.

c. Monetary Sphere:  Monetary stability and an expanding population stimulated economic growth. Egypt contributed taxes of over 2½ million solidi a year (roughly 35,000 lbs of gold) in the reign of Justinian in the sixth century.

DOWNFALL OF THE EMPIRE

An Empire Across Three Continents class 11 Notes History. CBSE quick revision note for class-11 Mathematics, Physics, Chemistry, Biology and other subject are very helpful to revise the whole syllabus during exam days. The revision notes covers all important formulas and concepts given in the chapter. Even if you wish to have an overview of a chapter, quick revision notes are here to do if for you. These notes will certainly save your time during stressful exam days.