CBSE Question Paper 2013 Class 12 Sociology conducted by Central Board of Secondary Education, New Delhi in the month of March 2013. CBSE previous year question papers with the solution are available in myCBSEguide mobile app and website. The Best CBSE App for students and teachers is myCBSEguide which provides complete study material and practice papers to CBSE schools in India and abroad. 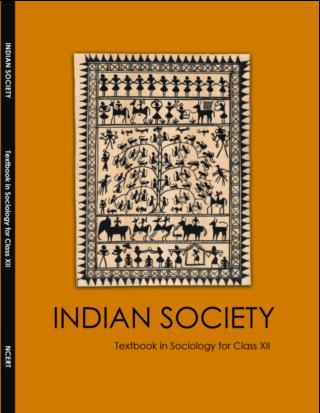 B. CHANGE AND DEVELOPMENT IN INDIA

1. What does the term modernization mean?

2. What are the basic tasks of a manager?

3. What is meant by the term infotainment?

5. How did the planters live?

6. Write the meaning of the term “De-Sanskritisation’.

7. What is ‘alienation’ according to Karl Marx?

8. Why did Nehru call media a ‘watchdog of democracy”?

9. What are the main sources of income for Panchayats?

10. What are the distinctive modes of protest?

11. What were the main concerns of social reformers in the 19th century?

14. How is mass media apart of our everyday life?

15. What were the issues against which the leaders of the movement in Jharkhand agitated?

17. ‘The 73rd amendment has been monumental in bringing a voice to the people in the villages.” Explain.

19. Write about the features of transnational corporations.

20. How does a sociological perspective on markets differ from an economic one?

What are some of the processes included under the label globalization?

21. What is Communalism? Why is it a recurrent source of tension and violence 2 Explain by giving suitable examples?

What is a ‘minority group ‘Why do minorities need protection from the State?

22. What were major land reform laws introduced by the Government after independence? Explain.

23. What are some of the features of social stratification? Explain.

24. What are the factors behind the assertion of tribal identities today?

What are some of the rules the casts system imposes?

25. Read the passage and answer the following questions:

India’s Total Fertility Rate (TFR) – the average number of children expected to be born per women during her reproductive years-fallen by 19% over the past decade. Among bigger States, the percentage decline in TFR during this period the last decade varied from as high as 28% in Punjab to 5.6% in Kerala.

The latest Sample Registration System 2010 data finalized by the Registrar General of India and sent to the Union Health Ministry on Saturday says India’s TFR, which had remained stagnant in 2008 and 2009 at 2.6, finally has dropped by 0.1 points in 2010. India’s TFR now stands at 2.5 against a TFR of 3.2 in 2000. Education has been found to play a major role in determining TFR.

(1) What is meant by zero population growth?

(2) What is meant by fertility rate 2 Name two States which saw the highest percentage decline in TFR during 2000-2010?