CBSE Question Paper 2007 Class 12 Geography conducted by Central Board of Secondary Education, New Delhi in the month of March 2007. CBSE previous year question papers with the solution are available in the myCBSEguide mobile app and website. The Best CBSE App for students and teachers is myCBSEguide which provides complete study material and practice papers to CBSE schools in India and abroad.

1. Who was the writer of the book ‘Geographia Generalis’? State two branches of geography according to this writer.

2. Name the three groups of resources based on the content and give one example of each group.

3. Why is iron most widely used in the world, in comparison with other metals? Explain three reasons.

4. Explain with examples the three major physical factors which affect the crop distribution in the world.

5. How does ‘specialisation’  in the production of goods and services promote international trade in the world? Explain with three suitable examples.

7. “There is marked regional disparity in the levels of development in India”. Support this statement with any three suitable examples.

8. Study the map given below and answer the questions that follow :

(8.1) Which type of roads shows the highest increase during the period

Note: The following question is for the BLIND CANDIDATES only in lieu of  Q. No. 8.

9. Study the map given below and answer the questions that follow : 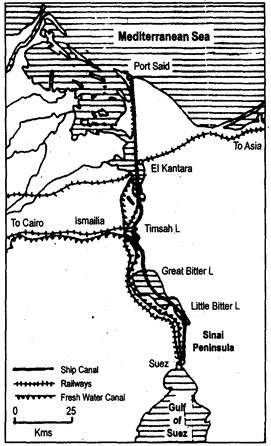 (9.1) Name the canal shown in the map. In which country is it located?
(9.2)    Name the two seas connected by this canal.
(9.3) Name any two lakes through which this canal passes.

Note: The following question is for the Blind Candidates only in lieu of  Q. No. 9. 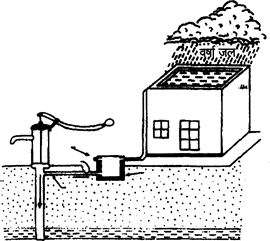 10. Study the diagram given below and answer the questions that follow :

(10.1) Give a suitable title to the given diagram.
(10.2) How is rainwater harvested through this technique? Explain.

Note: The following question is for the Blind Candidates only in lieu of  Q. No. 10.

11. Write any two main characteristics each of the four different modes of transport in the world.

13. Explain any four differences between rural and urban settlements in India.

14. Classify the means of communication of India into two groups. Explain three points of importance of each group.

15. Study the table given below and answer the questions that follow :

(15.3)  Explain the main reason for the continuous increase of cropland area.

Note: The following question is for the Blind Candidates only in lieu of  Q. No. 15.

Explain any four features of commercial agriculture practiced in the world.

17. What is the meaning of population growth? Describe two main features each of the four phases of Indian demographic history.

18. How do the physical factors play a dominant role in the distribution and density of population on the earth’s surface? Explain any five factors with suitable examples.

19. (19.1) In the given political outline map of the world, four features are shown as A, B, C and D. Identify them with the help of the map legend and write their correct names on the dotted lines marked on the map.

(19.2)  On the given political outline map of India provided to you, locate and

label the following with appropriate symbols :
(i) The least populated state,
(ii) The biggest oil refinery in the country,
(iii) Iron and steel plant located in Chhattisgarh.
Note: The following question is for the Blind Candidates only in lieu 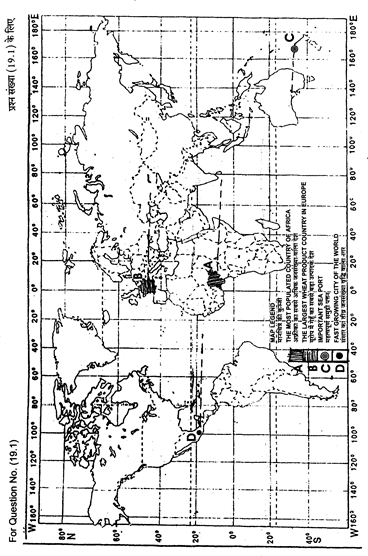 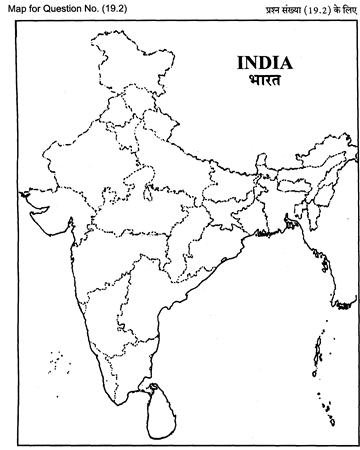