CBSE will ask Case Study Questions class 12 Chemistry in session 2020-21. These will be the first two questions in the board exam question paper. The first question will have 5 MCQs out of which students will attempt any 4 questions. The second question will carry 5 Assertion & Reason type questions with the choice to attempt any four. 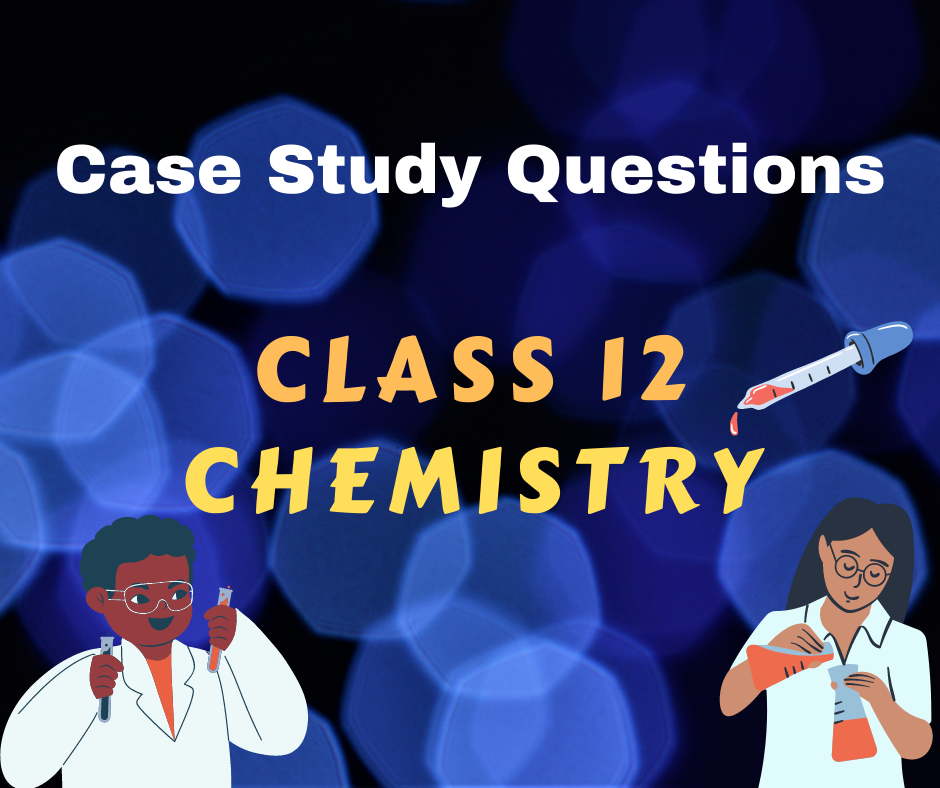 As you know, CBSE will hold exams in May-June this year. There is already a reduction of 30% in the syllabus. Now, the case study questions have been added. So, this year the question paper is going to be a bit easier. Although it is easy yet these case study questions need special attention and regular practice.

We have added around 10 sample questions based on the latest pattern in myCBSEguide App. These all questions include two case study questions.

myCBSEguide App has the previous year’s question bank. These questions are arranged chapter-wise. If you are preparing a particular chapter, you will get all questions asked from that chapter in the last 10 years.

Here are two examples of case study questions. To get more such questions download the myCBSEguide App and browse Sample Papers there.

Read the passage given below and answer any four out of the following questions:
Ammonia is present in small quantities in air and soil where it is formed by the decay of nitrogenous organic matter e.g., urea. On a large scale, ammonia is manufactured by Haber’s process. In accordance with Le Chatelier’s principle, high pressure would favour the formation of ammonia. Ammonia is a colourless gas with a pungent odour. Its freezing and boiling points are 198.4 and 239.7 K respectively. In the solid and liquid states, it is associated through hydrogen bonds as in the case of water and that accounts for its higher melting and boiling points than expected on the basis of its molecular mass. Ammonia gas is highly soluble in water. Its aqueous solution is weakly basic due to the formation of OH– ions. The presence of a lone pair of electrons on the nitrogen atom of the ammonia molecule makes it a Lewis base. 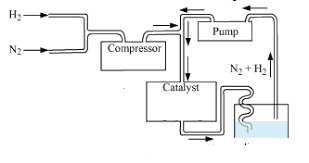 The following questions are multiple-choice questions. Choose the most appropriate choice